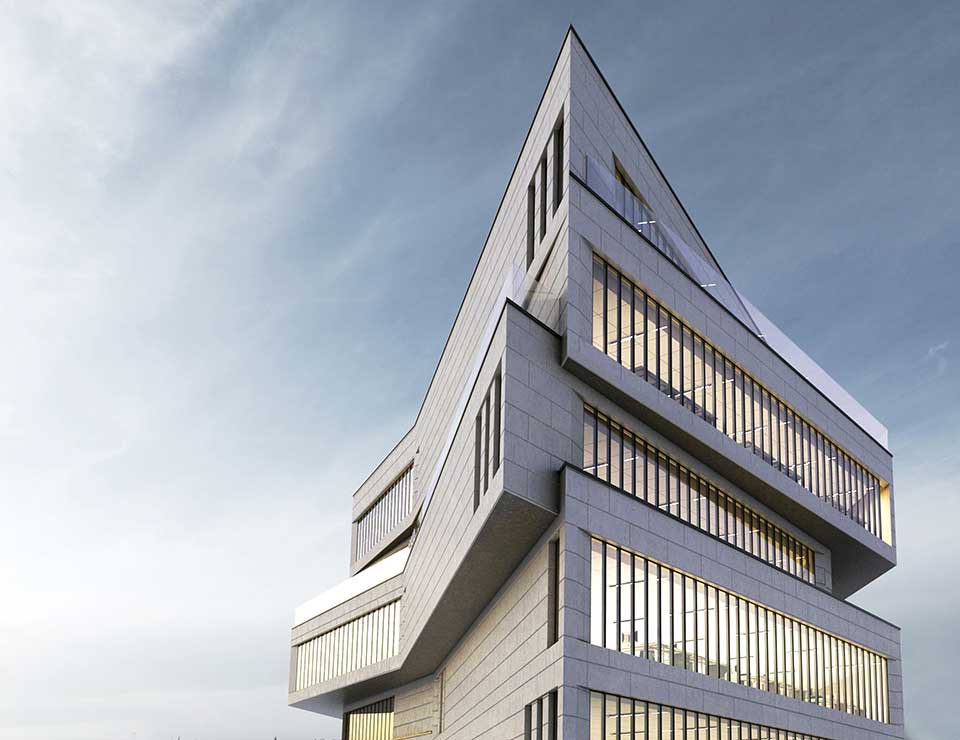 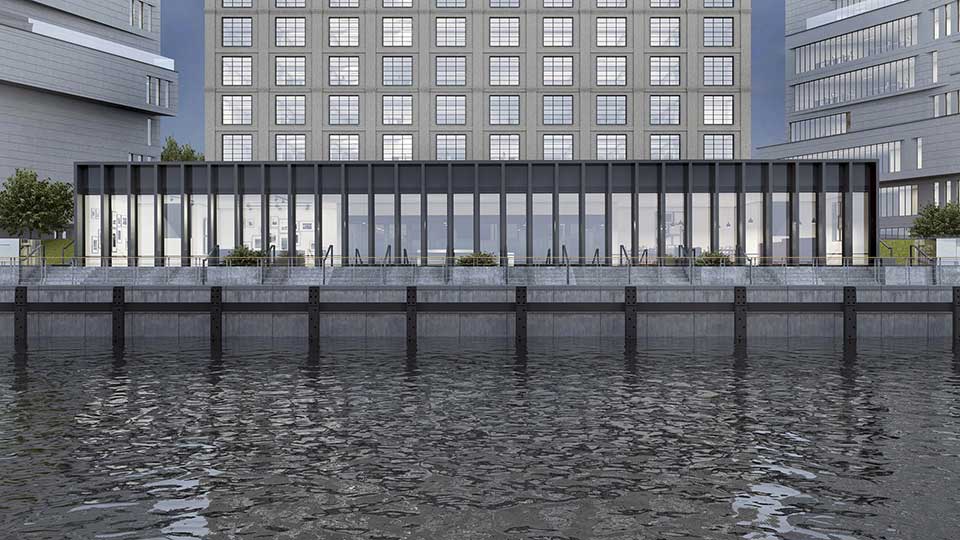 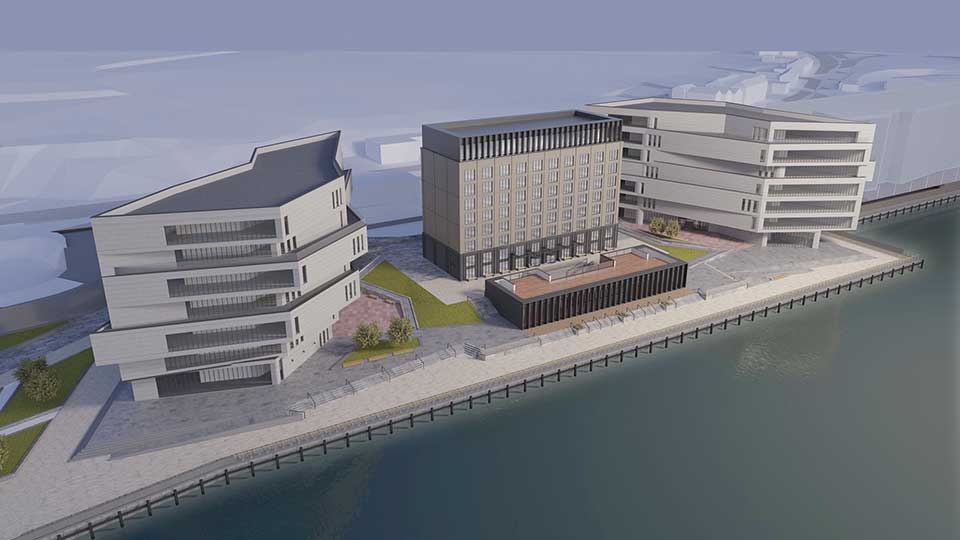 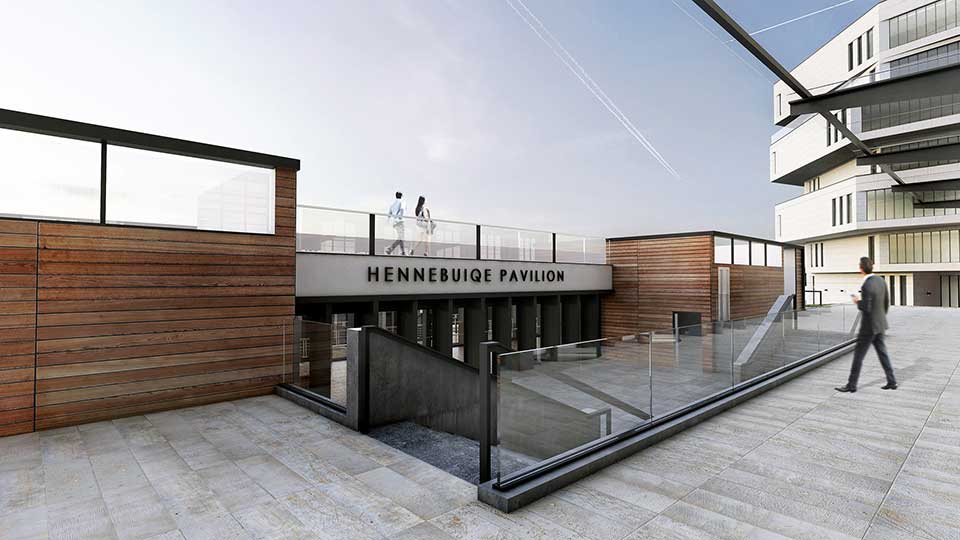 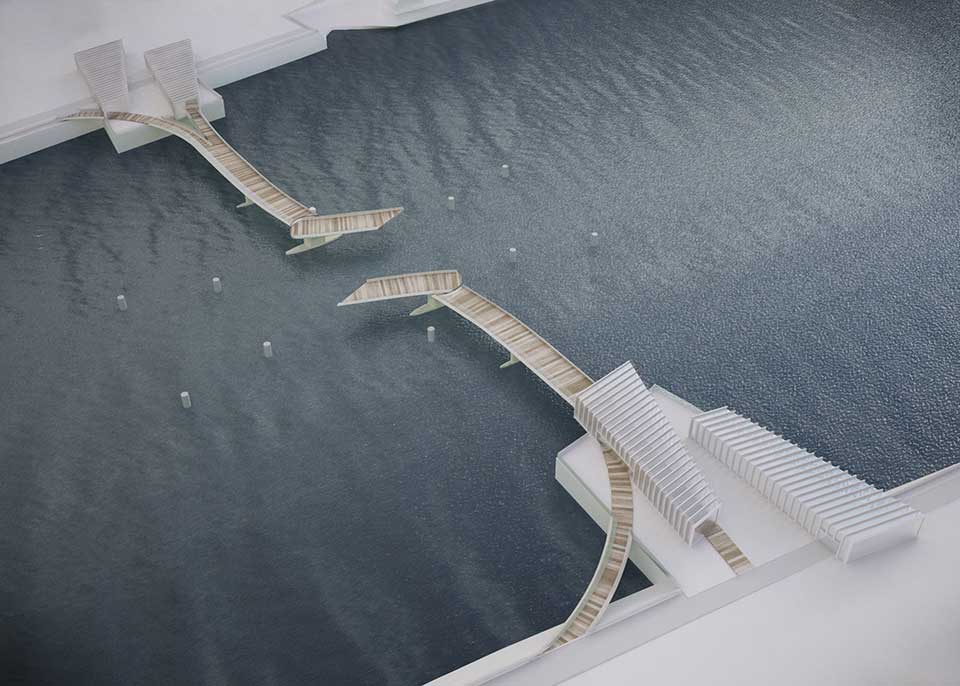 The brief for ‘Rojo-Studio Architects’ was to design two new office buildings; the restoration of the historic Hennebrique building; the design of a multi-storey car park; the train station; a pedestrian bridge; new roads layout; public realm green areas; all of which was to be included on this 17 acres of land on The North Quays Waterford.

The building of historical and national significance in this project is the nine storey reinforced concrete building known as “Hennebrique Building” built in 1905, and is one of just two examples of earliest reinforced structures constructed in Ireland. This structure was developed and patented by Francois Hennebique in 1892. The building was designed as storage for grain by an architect/ engineer Friel William.

With three rivers running into The River Suir, one of the challenges ‘Rojo-Studio Architects’ had to face was the flooding nature and history of the River Suir. Our design would have to protect from high water levels in the river, and floor level of the buildings had to be set at flood protection level. Rojo-Studios solution was to design two different levels along the quay:

To achieve this, we designed a new pavilion that would link different levels on the North Quay which would function as a central circulation space, creating a plaza on the roof of the pavilion. Our aim was to design very contemporary office buildings that would sit well into its space, contrasting with the existing historic Henebrique Building, with prominent views from the South Quays. As architects, we are often privileged in that we can visualise the end design long before its completion and this project was no different. The short term vision of the project was to develop a business/financial hub on the quay front of Waterford City which would secure the long term future of the North Quays and its historic buildings, for future generations to enjoy.